Workers on Tuesday removed the skylight glass from the University of Virginia's Rotunda dome as part of roof replacement of the iconic building. Following removal of the glass, crews will install a temporary black membrane on the roof to protect the building's interior between the time the old skylight is removed and a new one is installed, around mid-March. While the Rotunda will remain open during the work, the Dome Room will have only limited access to visitors for about 12 weeks...The work is part of the first phase of the Rotunda renovations, which involves replacing the leaking roof and the oculus, as well as repairing the exterior brick walls, windows and ornamental sheet metal. Future phases include replacing the elevator, restoring the portico column capitals and improving the mechanical, electrical, plumbing, sprinkler and data systems...The total project, expected to take several years, will cost around $50 million. It is being funded through a mixture of state appropriations and private gifts. 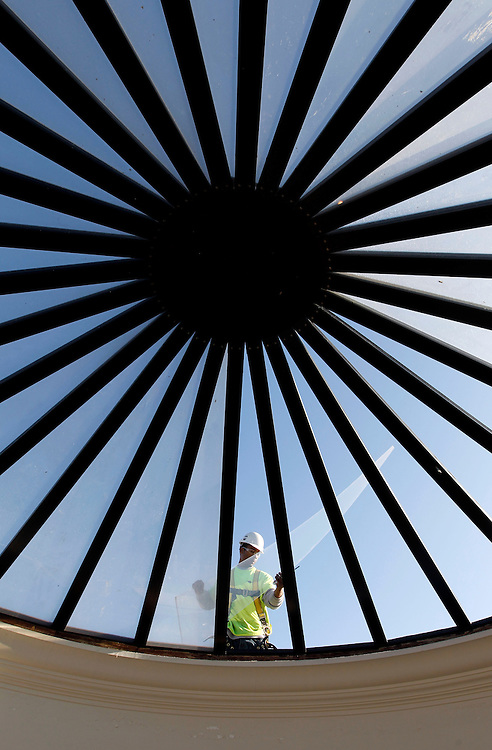